Črna na Koroškem, 11 October 2022 – Within the framework of cooperation between SIJ Group and the Olympic Committee of Slovenia – Association of Sports Federations and with the support of the local community, we have officially handed over the outdoor steel street workout park in Črna na Koroškem, where locals and other sports enthusiasts – including our employees and their family members – will be able to actively spend their free time. The ambassador of the steel street workout park in Olympic Črna na Koroškem is the former alpine skier, Aleš Gorza.

Reviving the mind of steel and enabling active leisure time

Setting up steel street workout parks is only one of the activities through which the SIJ Group under the name Mind of Steel revives the mind of steel in people as their internal strength for persistence and hard work on the path to success in sport and in life in general. The new steel street workout park, produced in our SIJ Ravne Systems affiliate in Koroška, is now the twentieth park in a row. We handed the workout park over after the end of the summer season and European Sports Week, which united Slovenians and motivated them to move.

The ambassador of the steel workout park in the Olympic Črna na Koroškem is the former alpine skier, Aleš Gorza. As a member of the Winter Olympics team, he represented Slovenia in 2006 in Torino, Italy, where he was 15th in the combined and 33rd in super-G, and four years later in Vancouver, where he was 10th in giant slalom and 11th in super-G. His best result at the World Championships is fourth place in giant slalom from St. Moritz in 2003. His long and successful skiing career was crowned by two podium finishes in the super-G at the World Cup, in which he competed for a decade. He was considered a skier with a distinctly sophisticated feel for the giant slalom curve. He remains loyal to skiing and the sport even after his career as a top athlete, as he took over the role of coach of the Slovenian national skiing team a decade after the end of his skiing career. He also remains loyal to Črna na Koroškem, where he continues working at his family farm in Ludranski Vrh.

The Mayor of Črna na Koroškem, Romana Lesjak also addressed the audience: “Črna na Koroškem is an Olympic village. We have always been supportive of sport. And we also welcome this workout park, since it fits well in the Črna na Koroškem Sport Park. After all, many athletes train around here, and this workout park will encourage them to come here even more. We take care of the young in many different ways, not only with sports infrastructure, but also with cultural infrastructure and with new apartments. We strive to make Črna a beautiful settlement where local people will stay. And I think we have been doing a good job.”

The opening ceremony was also attended by the President of the Olympic Committee of Slovenia – Association of Sports Federations, Bogdan Gabrovec: ”I can’t believe that we are already opening the twentieth steel street workout park for outdoor training. I am glad that almost a decade ago, we signed an agreement with the SIJ Group, which has remained a loyal sponsor of the umbrella sports organisation to this day, to build steel street workout parks that enable people to exercise outdoors all over Slovenia. I am proud of sponsors like the SIJ Group, which, in addition to top-level sport, also takes care of the development of sport at the local level, helping to bring sport to families who are 'just' recreational athletes or sports enthusiasts. Slovenians have sport in our blood, which is proven by the top results of our athletes and projects such as steel street workout parks. I hope that, together, we will celebrate even more milestones such as today’s.”

The start of the steel street workout parks project dates back to 2014, when the SIJ Group decided to provide free outdoor recreation to local communities across Slovenia. Like top athletes, SIJ as a manufacturer of steel with higher added value strives to reach premium quality in our branch. To achieve the maximum – in sport and in business – requires special energy, which us steelworkers call the mind of steel. This has always been a feature of SIJ Group. We are honoured to have built the fourth steel street workout park in cooperation with the Olympic Committee of Slovenia – Association of Sports Federations in the Koroška region, where our production facilities are located and where our employees and their families live.

The sunny opening ceremony was spiced up with the Črno-bele zvezde dance group, a skit performed by the pupils of the Črna na Koroškem Primary School, and an accordion player. When the opening ceremony ribbon was cut, the steel street workout park was officially handed over for use to the locals and sports enthusiasts who like to spend their free time in nature. The pupils of Črna na Koroškem Primary School were also pleased with the new acquisition, since they were the ones who got to try out the park first.

SIJ Group is the biggest Slovenian vertically integrated metallurgical group. Its products occupy leading positions in European and global niche steel markets. It is among the ten largest business groups in Slovenia, among the largest Slovenian exporters and the most important employers in Slovenia.

Find out more at: 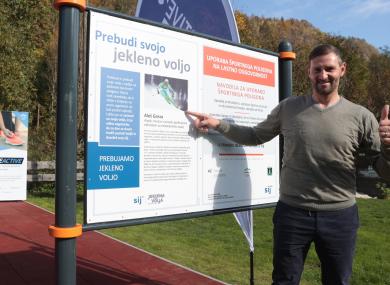 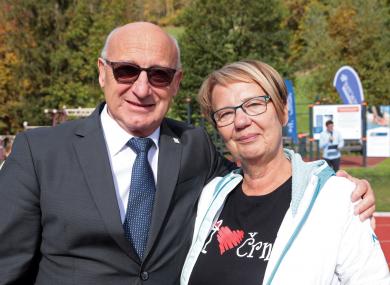 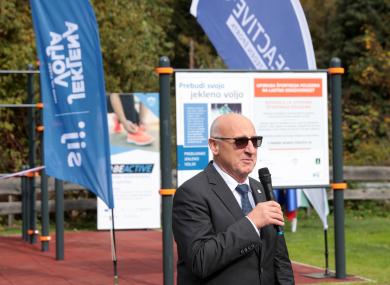 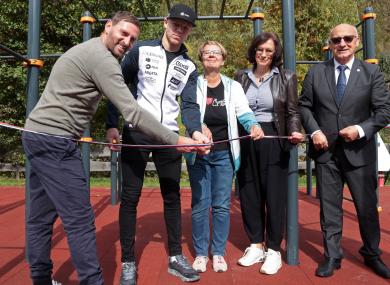 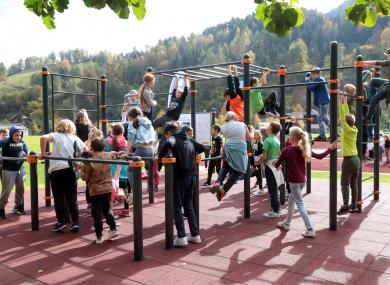