Ljubljana, 12 September 2019 – Representatives of key Slovenian metallurgical companies, and research and educational institutions, connected within the Strategic Council for Metallurgy, presented mag. Vojmir Urlep, a State Secretary in the Office of the Prime Minister of the Republic of Slovenia, with the need for changing environmental protection and research legislation in the Republic of Slovenia, which have an effect on the business of the industry’s key companies.

Opening the 11th session of the Strategic Council for Metallurgy, which took place on Thursday, 12 September 2019, was Tibor Šimonka, a Member of the Management Board of the SIJ Group, which hosted the session, by saying, “Europe and Slovenia form the foundation of global metallurgy, and have always been strong players within the industry, while the industry itself has been decisive in research, patents and innovation, in producing industrial alloys, further technological treatment, end use, and also reuse (recycling). The SIJ Group, the largest vertically integrated metallurgical group in Slovenia believes that the joint efforts of companies, educational and research institutions with their clearly expressed needs, and the positive attitude of the Government of the Republic of Slovenia, will help establish a favourable business environment, and that the industry will remain one of the strongest technological sectors.”

THE ENTIRE METAL-TREATMENT INDUSTRY CONTRIBUTES OVER EIGHT PERCENT TO THE NATIONAL GDP
The entire metal-treatment industry, part of which is also metallurgy, had 3,069 active companies with 70,881 employees in 2018, net revenues were 11.9 billion Euros, the added value per employee was 43,073 Euros, and the share of sales on foreign markets was 75 percent. These companies created 3.05 billion Euros in added value, 1.09 billion Euros of EBITDA, and 483 million Euros of net profit. “This equates to 8.2 percent of the entire GDP in the national economy, or 36.6 percent of added value in all of the manufacturing industries,” Bojan Ivanc, chief economist at Analitika GZS had to say on the relevance of the metal-treatment industry for the Republic of Slovenia.

THE STATE SHOULD SUPPORT THE NEEDS OF ONE OF THE KEY ECONOMIC SECTORS
Marko Drobnič, the chairman of the Strategic Council for Metallurgy, and the CEO of Talum, pointed out at the meeting that Slovenian metallurgical companies are already practically implementing the advantages of integration and cooperation on common projects with the founding of the Strategic Council for Metallurgy. “The numerous challenges we have faced in the past prove that we have a solid foundation, while the potential for growth in metallurgy up to the year 2050 provides us with options to strengthen our role on the European and global markets. However, to achieve our goals, we also need a comparative business environment for active business on the highly competitive global market. These conditions should be comparable both in the energy sector, because we operate in an energy-intensive industry, as well as in the environmental, and research and development sectors. Within the industry, we should continue to actively strive for even closer cooperation and for internationalisation in those segments and markets where we are not yet present, and develop the skills for our future, which has already been started with the formation of the careers platform. Given how much we create, we would want or even expect to receive the proportional resources for our further development, which we will more than make up for.”

THE INDUSTRY REQUIRES FASTER AND CLEARER PROCESSES IN OBTAINING ENVIRONMENTAL PROTECTION PERMITS
At the session, the companies exposed obtaining environmental permits as a bottleneck in carrying out investment projects. As explained by Janja Leban, the director of the environmental protection service at the Chamber of Commerce and Industry of Slovenia (GZS), “Companies need a clear, concise and understandable legislation, and the acceleration of processes for issuing environmental licences and permits. To speed up the procedures, we urgently need changes in the legislation, more staff at the Slovenian Environment Agency (ARSO) to issue environmental permits and licences, better communication between management bodies and companies, and to define the responsibilities of NGOs and civil initiatives entering the processes.”

THE INDUSTRY REQUIRES FINANCED CORE RESEARCH
With its developed capabilities and facilities, Slovenian metallurgy is a global competitor, however it requires a high degree of scientific research, focused on basic and applied research, and a modern approach in transferring knowledge from public research institutions and universities into the real economy, to successfully continue the process of innovation in the industry. As was pointed out by Prof Jožef Medved, DrSc, the Head of the Chair of Metallurgical Processing Techniques at the Faculty of Natural Sciences and Engineering at the University of Ljubljana, and Dr Matjaž Godec, the director of the Institute of Metals and Technology, “There has been practically no core metallurgical projects in the area of basic research that were funded by the Slovenian Research Agency (ARRS). Metallurgy is part of the wide area of materials, which makes up the largest area of research, representing metal, non-organic, and polymer materials, which is why metallurgy projects coming from smaller institutes and faculties are not successful when applying for funds. However, this core know-how is essential for all Slovenian metallurgical companies.” According to their strategic goals, the members strive to see metallurgy – being a key industry in the Republic of Slovenia – gain the status of an autonomous research field with the ARRS.

APPEAL TO ACTIVELY INCLUDE METALLURGY INTO PUBLIC DEBATE
Mag. Vojmir Urlep, a State Secretary at the Office of the Prime Minister of the Republic of Slovenia, and a very active businessman as of last year, with a wealth of experience in managing companies, listened carefully to the debate and encouraged the members of the Strategic Council for Metallurgy to take active part in the public debate for preparing strategic documents at the national level, such as the latest national energy and climate action plan. According to him, it can quickly happen that the desire to set goals ambitiously can quickly cause them to become unrealistic. “Get involved in the debates,” he urged the members of the Strategic Council. He welcomed the cooperation within metallurgy and the common development of new-generation multi-component materials, which he sees as evidence that, from the point of view of competitiveness, its economic structure, and available know-how, Slovenia has a good starting point for further development. However, the State Secretary believes that the nine priority areas that the state has defined in its Smart Specialisation Strategy is too broad of a goal, because the individual areas will also need financing. 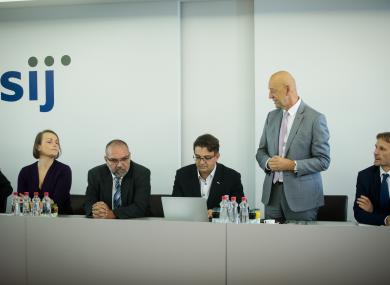 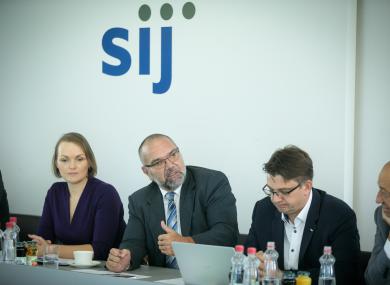 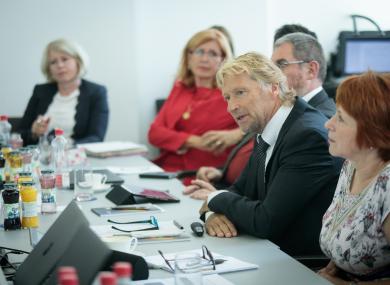