Jesenice, 8 April 2022 - In the context of the cooperation between SIJ – Slovenian Steel Group and the Olympic Committee of Slovenia – Association of Sports Federations, and with the support of the local community, we have handed over another steel street workout park in Jesenice. The first one is located next to the Podmežakla Hall. The new acquisition awaits sports enthusiasts who will now be able to exercise at the steel workout park at the Tone Čufar Primary School.

Today's steel street workout park – the 18th in the row – consists of 86 metres of steel tubes, 44 couplings, and 19 pillar caps, and has an Olympic ambassador from Alpine skiing – Maruša Ferk Saioni. The Olympian, originally from Blejska Dobrava, made her World Cup debut on 21 January 2007 in Cortina d'Ampezzo at the giant slalom event, and with a high starting position and in 18th place, she finished among the points winners for the first time. She has competed at six World Championships and four Olympic Games. Maruša's best Olympic result is 9th place in the Alpine combined at this year’s Olympic Games in Beijing.

As a representative of the Municipality of Jesenice, Vice-Mayor Miha Rezar addressed the gathering: "I am proud that we have recently increased this type of cooperation and that we have socially responsible companies in Slovenia that are giving back to the local community. This is the only way we will be able to keep young people healthy and active in local communities across the country."

The steel street workout park project dates back to 2014, when the SIJ Group decided to provide free outdoor recreation to local communities across Slovenia. "Just like top athletes, the Slovenian Steel Group, as a producer of higher value-added steels, is constantly striving for excellence in our industry. The path to excellence and achieving the goal is never easy. To achieve the maximum in sports, as well as in business, one needs a mind of steel. This has always been a value of the SIJ Group. It is an honour for us to build a second steel street workout park in cooperation with the Olympic Committee of Slovenia – Association of Sports Federations in Jesenice, where our production facilities are located and our employees and their families live," said Katja Krumpak, Head of Corporate Communications at SIJ Group, at the opening of the steel street workout park.

First Vice President Janez Sodržnik and the Head of the Jesenice Regional Office Brane Jeršin attended the opening ceremony as representatives of the umbrella sports organisation. First Vice-President of the Olympic Committee of Slovenia – Association of Sports Federations Janez Sodržnik added, "The municipality of Jesenice is known for its rich steel tradition and to us sport enthusiasts, especially for its sporting successes, which go far beyond the borders of Slovenia. The steel industry and the symbolism of the strength of steel is clearly reflected in the mind of steel of the inhabitants of Jesenice. Without a mind of steel, we cannot achieve our goals in sports and life. I believe that the second steel street workout park, which the Slovenian Steel Group is presenting to the citizens of Jesenice, will contribute to the further coexistence of the steel industry and sports in Jesenice, and, above all, I wish for successful further development in both areas."

A special honour went to the pupils and young athletes of the Tone Čufar Primary School, headed by headmaster Gaber Klinar, who were the first to try out the new steel street workout park, thus making the sports morning at the playground next to their home school even more fun. 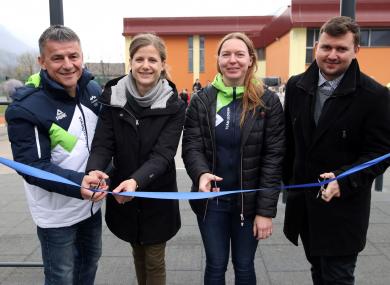 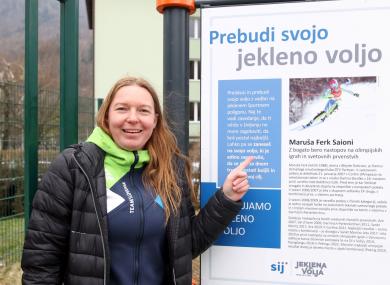 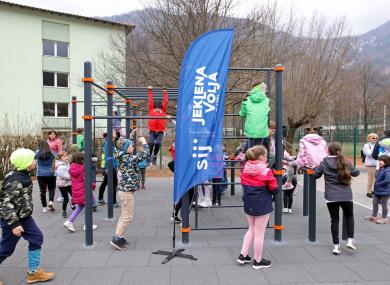 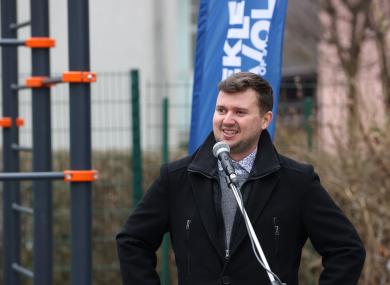 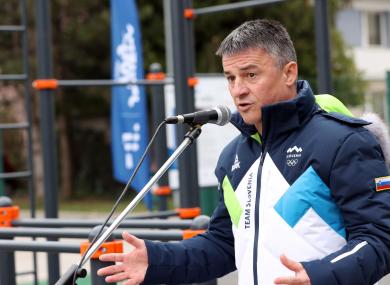 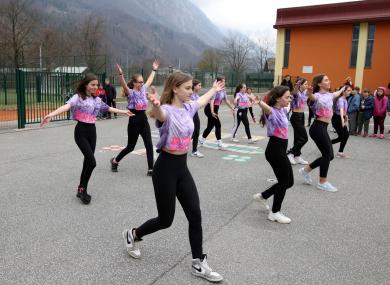